In 1913, the well-known scientist Jokichi Takamine first proposed the establishment of a national science research institute in to study in Japan. This task was taken on by Viscount Shibusawa Eiichi, a prominent businessman, and following a resolution by the Diet in 1915, Riken came into existence in March 1917. In its first incarnation, Riken was a private foundation (zaidan), funded by a combination of industry, the government, and the Imperial Household. It was located in the Komagome district of Tokyo, and its first Director was the mathematician Baron Dairoku Kikchi.

After the war, the Allies dissolved Riken as a private foundation, and it was brought back to life as a company called Kagaku Kenkyūjyo or Kaken. In 1958 the Diet passed the Riken Law, whereby the institute returned to its original name and entered its third incarnation, funded by the government. In 1963 it relocated to a large site in modern day Wakō then until 1970 in Saitama Prefecture, just outside Tokyo.

Riken was the subject of international attention in 2014 after the Stimulus-triggered acquisition of pluripotency cell (also known as STAP) publication, investigation, retraction, and suicide of Yoshiki Sasai, the principal investigator. Observers, journalists, and former members of Riken have stated that the organization is riddled with unprofessional and inadequate scientific rigor and consistency, and that this is reflective of serious issues with scientific research in Japan in general 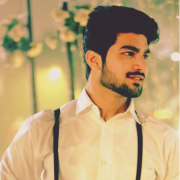 41 PhD, Postdoctoral and Faculty Positions at the University of Gothenburg to study in Sweden